Long ago and faraway, sometime after Michael and I got married and little Dusty Rose came into our lives I was invited to sing one song at a special recital up at the Jews for Jesus Ingathering at Mount Hermon Christian Retreat Center in the Santa Cruz Mountains.

I didn’t want to go.

After encountering many people, believers and non-believers, who made promises that were never kept about our songs, I was quite disenchanted with the idea of driving seven or more hours so I could sing one lousy song at a black-tie recital for no money. And I let God know how upset I was as my best friend, Loretta and I, with 6-month-old Dusty Rose in tow drove the distance.

There are moments in life when everything changes, as if our entire existence suddenly hangs a 180 on the edge of a dime. And it hinges on something so seemingly mundane, like a phone call—or in this case saying yes to the drive up to Mount Hermon.

And I let God know how upset I was.. 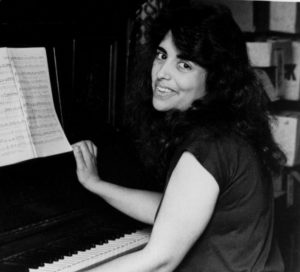 God totally crashed my world at that retreat. During that weekend, I probably lost ten pounds in tears. First there was Jim Hayford (Jack Hayford’s brother) talking about God’s calling on our lives. And then there was the introduction to Moishe Rosen, founder of Jews for Jesus.

Meeting Moishe was like being in The Twilight Zone. He didn’t ask my name or introduce himself; he simply started talking as if we had already met. He was quite taken with our little “Jewish Reggae” composition, Improbable People For Impossible Tasks which I just played.

He offered to pay for us to record an album of our songs. I remained mostly cynical, until the check arrived in the mail. I stared at it for two whole weeks, especially the memo which read, “for album.” It was my father who told me we needed to actually deposit it.

I couldn’t believe this was happening to me—to us! I had died to my musical aspirations on the drive up to that retreat, telling myself we just needed to grow up; we needed to become adults and give up our dreams. After all, there was Dusty to think about. 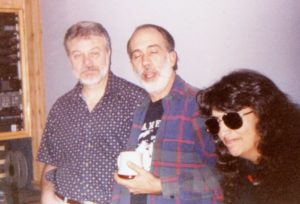 Only by the grace of God did Mike and I actually make our first album in the garage studio of Denny Bouchard. The budget ran just over the $1500 Moishe sent us. But before we finished the album, we were invited to do a concert in San Francisco at Congregation Tiferet Israel, where most of the staff for Jews for Jesus attended services.

After the concert I was summoned again by Moishe. He said, “I have a word for you…”. Now, Moishe was not known for saying those kinds of things—that much I knew. He shared how he saw us in our own ministry together, traveling across country. I thought he must be crazy because Michael and I were not exactly polished material. We were already having struggles in our marriage, let alone our collaboration as songwriters, which was neither easy or gentle.

Well Moses looked at the Lord and His burning brows
And he should have known the Big Guy meant business now
Instead he said my tongue is dull and slow
And man I’m really old, oh no!
God I’m truly old!

He didn’t ask my name or introduce himself; he simply started talking as if we had already met.

But underneath all the fears and doubts, there was also a current of excitement. Someone actually believed in us—that we had something valuable to give. Loaded up on cookies and pure adrenaline, we drove back that very same night to Los Angeles, discussing potential scenarios as to what starting a ministry might look like. 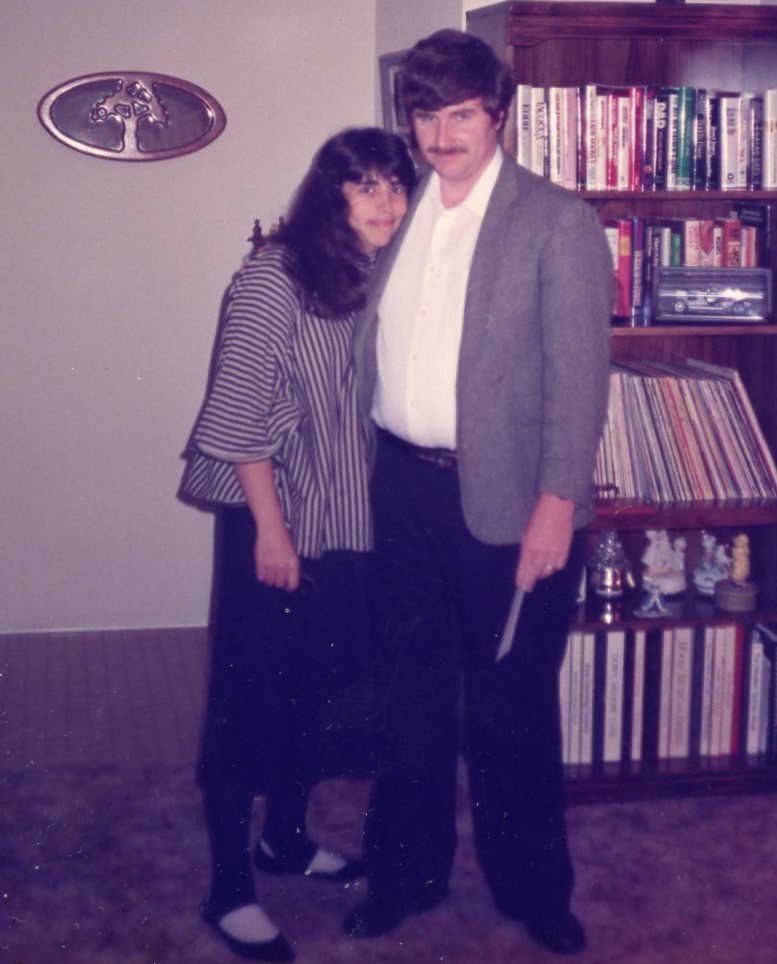 Shortly after our return we agreed that Michael would keep his job at the grocery store (with benefits) and I would leave the Rock of Israel Ministries  to launch out into the unknown waters of an independent music ministry. We had no idea what that would entail.

But before we officially set sail Michael called us back to shore. His job had become rather precarious in a very short time and he felt now was not the time to begin this new adventure. So we tucked in our sails, pulled back, and I continued working at the Rock of Israel.

Moses don’t you know that you’re a cosmic bore
What you listing all your limitations for?
I made your mouth I made your tongue
And I know you’re far from young

Moishe called me a few times at the Rock of Israel over the next six months, saying he would help us start the ministry by offering a computer, a van, and access to his mailing list. I still remember Dave “Moose” Garrett’s face when I showed up in the  San Francisco headquarters wanting to pull names from the mailing list. But I digress.

So… 30 years ago today on July 15 1990, Michael Francis O’Connor’s 35th birthday by the way, we drove over to the Rock of Israel office. My boss, Robert Specter, had coupons for Raging Waters Park, where we planned to spend the day. We had tried once before to go to Raging Waters on Michael’s birthday two years prior when Robert had those exact same coupons. But that was the birthday we discovered Dusty reading and swimming around in my belly.

This time we were determined to enjoy Raging Waters. We climbed the stairs to the office and as Robert proffered the coupons we started talking. Somewhere during the conversation the phone rang and I picked it up, since I was the official secretary. The woman at the other end of the line asked where she could get a hold of Hey God, Are You Talkin’ To Me? 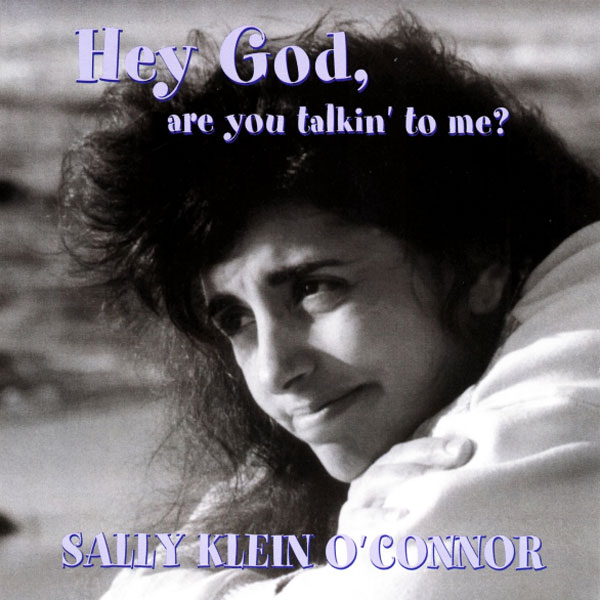 That was the name of our first album, which Rock of Israel and Jews for Jesus were distributing. I don’t really remember much more of the conversation, except being impressed she had asked for our album by name. After we hung up I went back to Michael and Robert and told them about the phone call. From there the conversation took a dramatic turn.

I had died to my musical aspirations…

Suffice to say, we never made it to Raging Waters that year. Instead, after lengthy conversation back and forth, I ended up giving my 2 weeks notice. Michael and I agreed that we might never know if God wanted us in ministry if we didn’t take a real step in that direction. We drove over to my Mom’s and I remember asking Michael to pull over at the base of the long ¼ mile road that led up to her house. I knew we had to commit to starting the ministry no matter what might happen, if we wanted to see whether or not God was in it. I told Michael I needed his promise that even if things became uncertain with his job again we would still give this a real try. He agreed.

Within the first 2 weeks Michael was laid off as I left the Rock of Israel, and we began the adventure of our lives under the banner of Improbable People Ministries.

The name of our ministry, Improbable People, has been prophetic in ways we could never have guessed. To begin with, Michael and I were certainly not cut from the kind of material ministers are made of, but then again, we have continually rediscovered over the years how God is inclined to use “the foolish things of the world to shame the wise.” And quite simply this is who we have been—and still are. 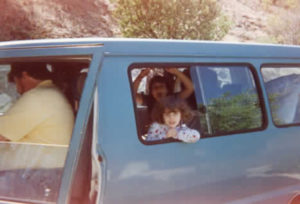 Bonnie, Dusty and the star of our show “Rosie” Van

Moishe was as good as his word to us. He gave us a used blue Toyota Van which Dusty renamed “Rosey,” and our very first computer along with access to his files for contact information. My dad thought we were crazy to not charge any money for the concerts, but simply take an offering. Mom wondered how we would survive. But survive we did as we stepped out on the water.

It wasn’t easy. Michael and I were not easy, but God was always there for us—to provide all that was needed. He breathed life into the songs and stories He gave us, even as we argued over commas, rhymes, and melodies. He touched hearts in ways we could never have imagined. And we got to be part of His plan. We made so many friends. God multiplied people into our lives on so many levels it was hard to keep track. But I want to thank a few on this 30th Anniversary of Improbable People.

To all the prayer warriors who have interceded over a span of almost 30 years for this very unlikely family and ministry. Look at all God has done through your prayers and petitions. Look at how amazingly He has brought our strange and beautiful brood through the deep valleys and high mountains of our earthbound sojourn. You have shared our tears and sorrows, our joys and triumphs. You are part of all God has done—and is still doing.

To each Household that hosted the O’Connor clan in whatever season we were in. You were always generous and kind, truly welcoming to us in a wonderful way. Here’s looking at you Bob and Patti Connors, Doug & Leslie Lidge, Pat Manly, Bob & Evi Hall, Duane & Linda King, Doug French and too many more to name in this space.

And so many more that have spoken a word, given a hug, written a letter/email/text, supported financially, and prayed for us over the years.

Here we still are, much to our surprise, most definitely older, hopefully a little wiser—though still quite foolish at times.

Finally there were all these people in whom God had sparked a dream, but they felt incredibly inadequate, as we did also, and still do at times. They would stumble on a song or a story, a part of our journey and see themselves in the reflection and realize that if God could use us—He could use them.

So—on this 30th anniversary of this extremely unlikely ministry of Improbable People, Michael and I give thanks to all of you for your love and prayers and support over the years.

But moreover we give thanks to God who saw us before Moishe did, before we were even born. He wrote our names in His book of Life, and somehow marked out our steps before we even knew His Name.

Every season of our lives You have been faithful, O God. Help us remain faithful to You. 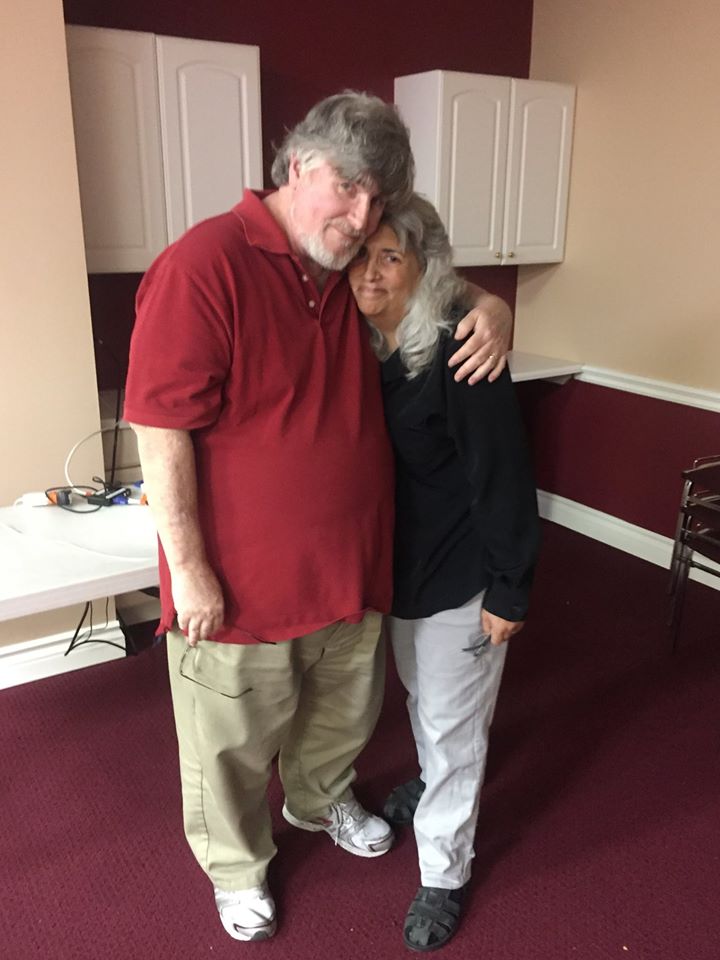 To listen to the entire song
Improbable People For Impossible Tasks
please follow this link and click the player
on song #8.