NOTE: Pray for revelation as we drive out to Kenora in the morning–that God will show us if this is the next place for ATOR. 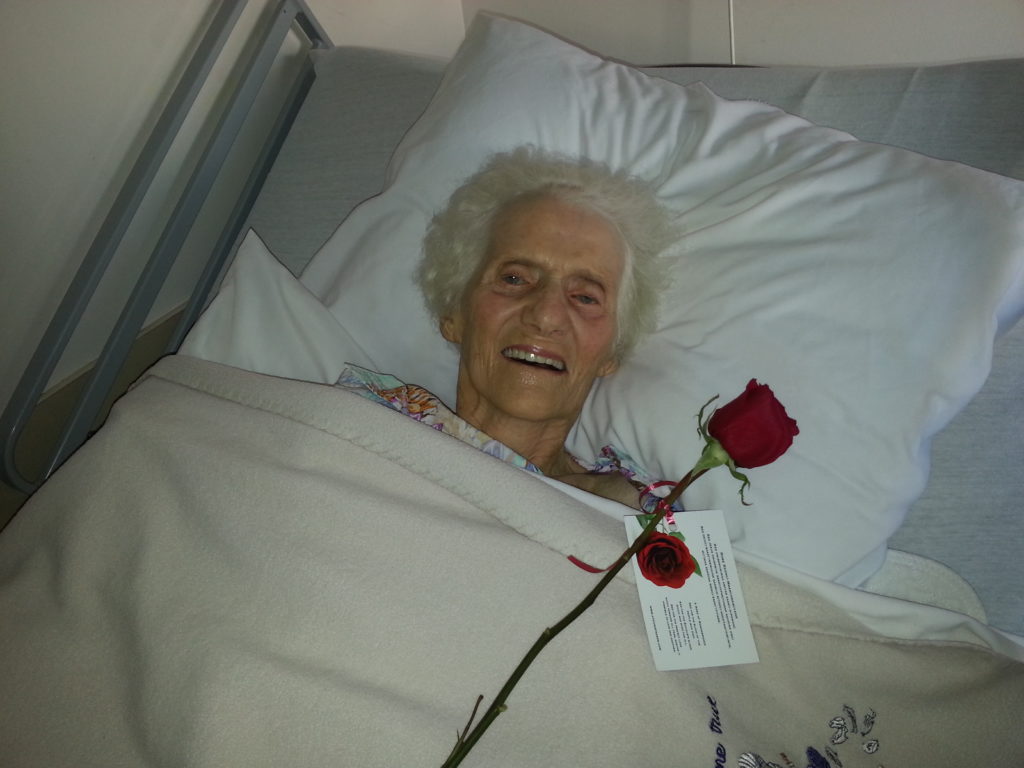 LURAToday Sally and I went to the hotel and I went through the bar and dining room and patio area giving out roses. There was a native man at the bar. I asked him if I could give him a gift and he was watching TV. So, without looking at me he said “Yes.” I handed him the rose and he said, “Oh, for me? I’ve never had a rose before.” And he looked at it and said it was beautiful. He smelled it and he loved it and he said, “Why?” I said, “Just because we wanted to tell you God loves you.” And he said, “I’m glad somebody loves me.” And I said, “He always does and He always will.” And he said, “I’m glad about that.” Tonight I got to share my testimony in dance before the Lord. It was really awesome. And He gave me some beautiful moves to do. Thank You, Lord, for allowing me to dance. I also got to pray for a lady who wanted to forgive her husband for the sin of pornography. And his uncle she needed to forgive for abuse of his nephew. So we prayed together and asked God to restore their marriage.

Today we went door to door at a senior apt complex and we were able to go in and knock door to door and bless the senior citizens with free roses. The people that were home, when they saw it was a free gift for them, they were very happy to receive it. 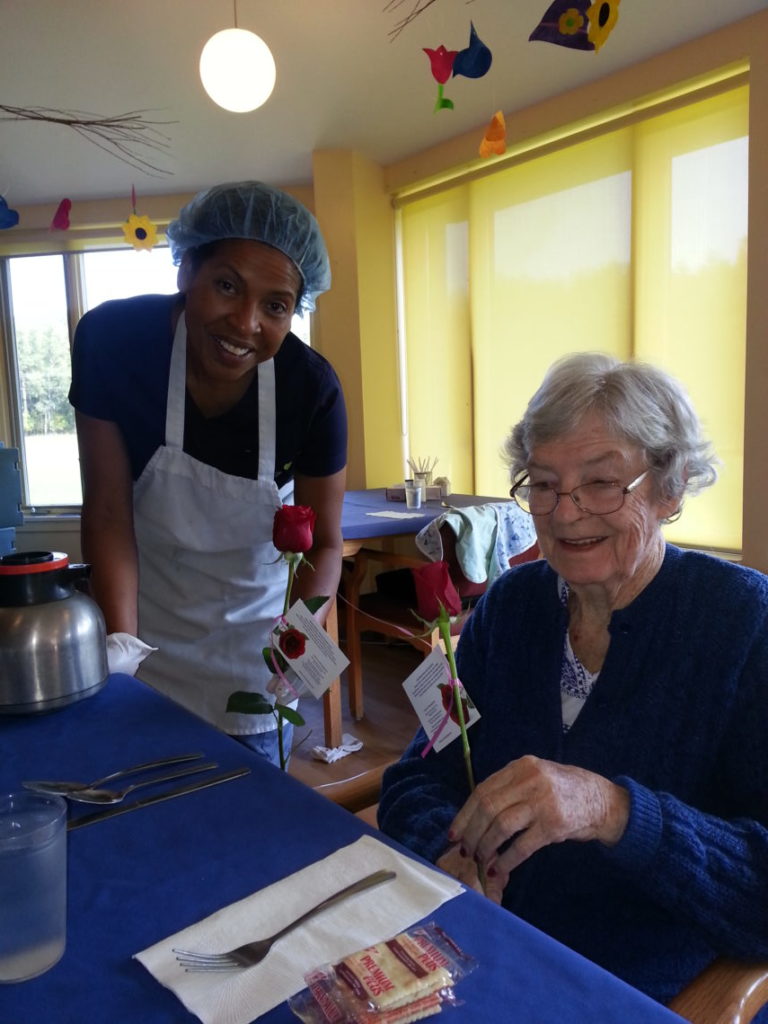 Then we got to go to a low income housing area and I knocked on the door of a mother with 3 boys. She looked like she had her hands full. When I presented her the rose her face lit up and she said, “Thank you SO much!” She kept thanking me. People we gave roses to were very surprised and thankful. One gentlemen even said, “I’ve never received a rose before.” He was native and very happy to receive the rose. He was so happy! Tonight Sally O. gave the team an opportunity to share about the trip during the concert. And it was a real blessing to hear everyone’s testimonies. I felt like God gave me the words to say when it came time for me to share. Thank You, Lord! 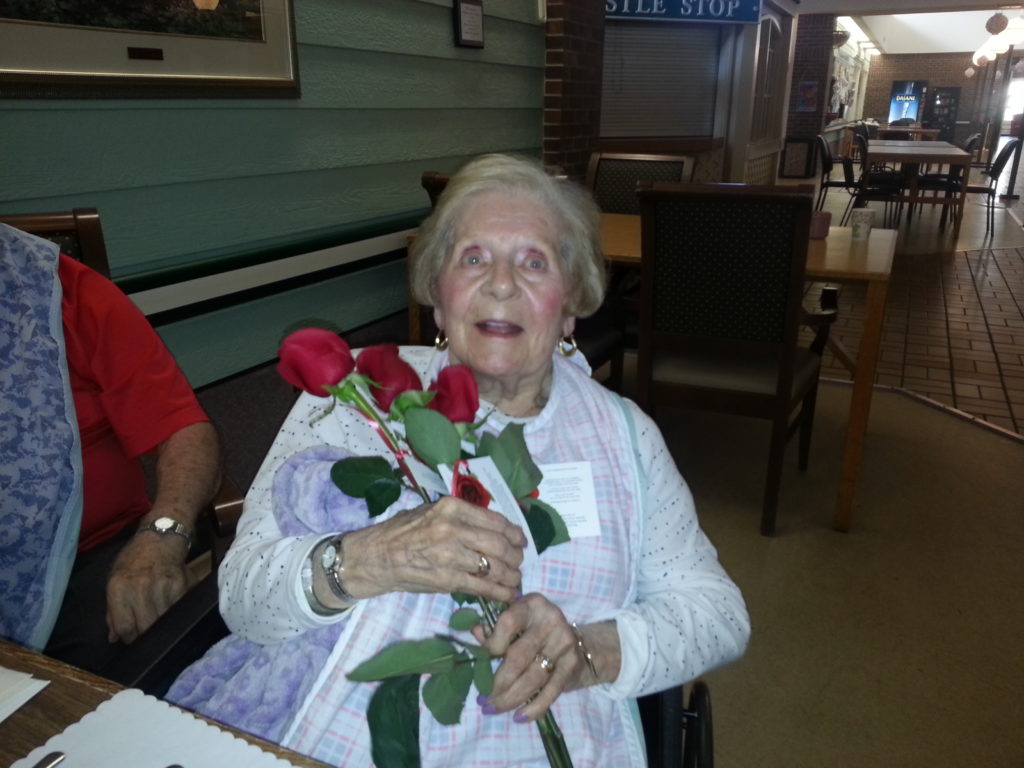 Yes, well I was so pleased to be able to talk a few minutes tonight and make people laugh. But now let’s get serious. I have taken important first steps to mend some broken fences. And I am so excited about that. I need to forgive and ask forgiveness from Melanie and Cleve IV, because I need my walk with God to be without blemish. And in order to do that I need to forgive other people’s sins because He has forgiven mine.

KEN
Once again the Lord helped me get up early, prep and lead worship. Despite not getting much sleep last night, the Lord equipped me with energy and joy, and He met us wonderfully. I also loved worshipping at Evangelical Fellowship Church (led by their regular worship team, and they happened to do a bunch of my favorite songs like “You are worthy of it all”).In the late afternoon we handed out more roses. We were given favor and openness at the Legion, a bar for veterans. There were only a couple of people there but we were also invited to come back tomorrow. We also received favor at Customs at the border crossing, with the staff and being allowed to hand out roses to travelers as soon as they pull out of Customs into Canada. I was in a group with Joan, Rachel and Sally H, and from there, as we drove through town we kept stopping and jumping out to give roses to each individual we saw walking down the sidewalk. I got to give a rose to a mom and her little girl about her 3 years old, and the mom said I just made the girl’s day.Tonight we did the service at New Beginnings church, and Sally had each one of us give a 2-5 minute personal story, at various points interspersed with her songs and stories. The Lord had me talk about learning to rest in Him, learning that He loves me freely and generously and I don’t have to strive to prove my value through what I do. That’s the kind of Father He is. The whole service had such a sweet spirit and we got to pray for people who came forward at the end and release God’s compassion to them.I’m so thankful to God for how He has walked with me and with us throughout this trip. He is caring for us all the way, and I am learning that His love is the most powerful force in the universe.

I woke up this morning from nightmares and went to devotions and everyone prayed for me. And I felt good–it lifted off. Then we were at the morning church and I had some really good Leek Soup. And we gave out roses in the afternoon to senior living and low income housing. And then we went to one of the native people’s neighborhood and gave out roses there. And then we went to another low income housing place and gave out roses. Tonight was very nice. I thanked the people of the church for giving me the opportunity to share my testimony on a previous night. And then the pastor approached me tonight and said, a church member texted him and told him I listened to Dave Panther’s testimony and it was AWESOME!!!!

Today I went with Yara and Dave to a senior home apt center but we didn’t know how to get in. So we approached the place we saw two men sitting in front of the house. We gave each one a rose, which they gladly received, and we asked if we could get through the main door. He said, “No, it’s locked but I can open it for you.” 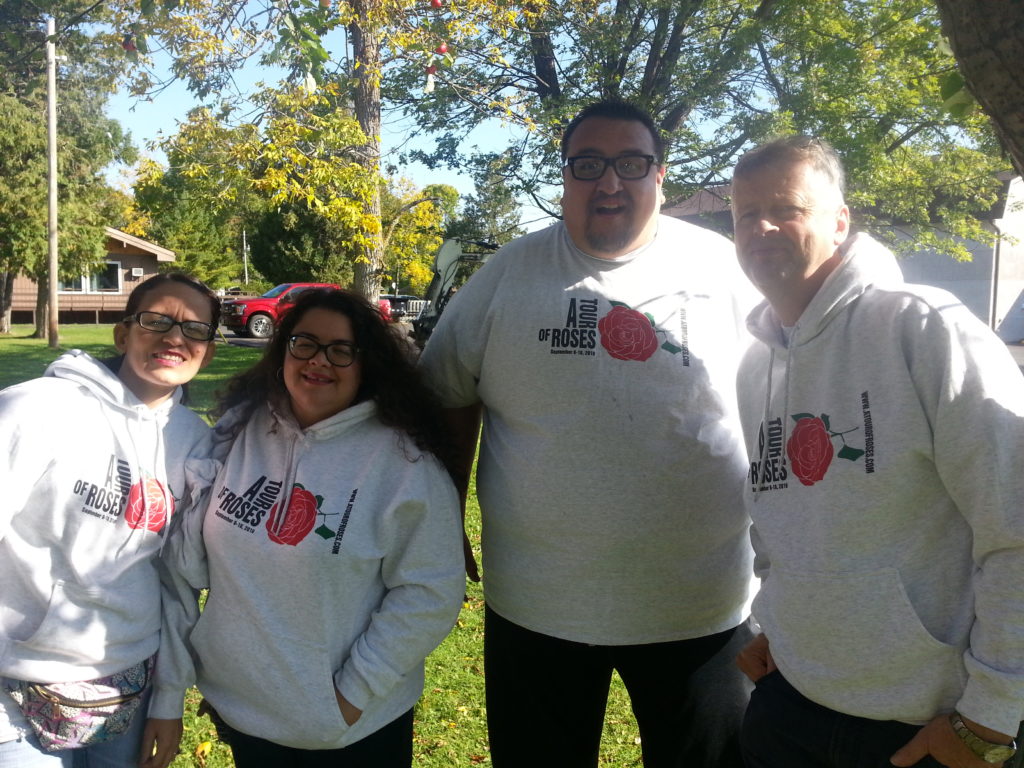 So the Lord provided to open up the main door so we were able to go to each room of the apt complex and give roses away to everyone who was home except one person who rejected the rose. It was exciting! Then we went to the low income housing and went door-to-door, giving away roses which were received with gladness. It was tremendous. Dave had it on his heart to go to the low income housing to reach the First Nations.

Tonight after Sally shared she invited people to take a rose and forgive. Sally, Ken, and I got to listen and pray for a lady to offer forgiveness to two family members. It was amazing–beautiful!! We also prayed for healing of her hand.

One of the more moving things tonight at the concert was a woman who told about her son coming home from school the day we gave out roses at “The Pit.” He said to his mom that something weird was going on and people were giving out roses at The Pit and there was a lady singing also. He told his mom that he looked me up to find out who I was. I thought that was so cool! Several times today people wanted to give me a check for the ministry and I refused. I really felt the Lord impressing on my heart that it’s important that ATOR remains a gift. And this was confirmed to me through a pastor who hosted us twice this week. He  told me he learned something from me this week. He saw someone offering me a check for tonight’s concert and I refused gently, saying that the project was completely paid for and abundantly covered, and it’s a gift. I suggested she could use that money for ministry, which she eventually decided to do and was even excited about. The pastor was really touched by this gesture. He told me that many people want to come and minister at his church and usually it is because they want money. But we showed him that not everyone is like that. He was really moved by this. And he further said “I really believe you  made an impact on our community.” And he said, “I am blessed.” It was very beautiful and meaningful to me. I thank God for all the little “eddies” of this project–all the places God has been at work this whole week. It’s truly been amazing!!
Post Views: 3,151