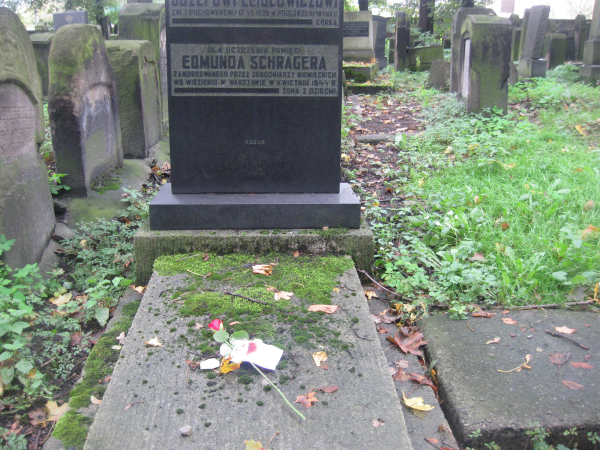 In September 2010 I lead a team of people on an outreach in Europe called A Tour of Roses. Each of us had a unique opportunity to express the love of God through worship and acts of kindness. Toward the end of a concert at Sala Jakuba, a one thousand year old Franciscan monastery in Krakow, Poland. I found myself saying, “We came to love you.” It just fell out of my mouth, almost without assistance.

But being wired the way I am, I wondered later—is that really accurate? I realize now, in essence, that’s exactly what we came to do. We didn’t come to forgive anyone. It wasn’t our place. We came to do something larger and simpler, within which forgiveness, acceptance, and reconciliation are contained. We came to love.

I was convicted when team members, Heather and Marek, spent the better part of an hour talking to an old Polish man in the memorial square for the Krakow Jewish ghetto. He was 5 years old when he saw the bodies of Jewish adults and children stacked up in the square. The memory seared his soul and he stopped believing in God. He was afraid for Heather because she is Jewish and said how dangerous it was for us to be in this place because of the strong anti-Semitism. He couldn’t wrap his mind around why we would come to such a place and give roses to the people there. Heather was able to give him a CD of mine, but he told her he would not attend the concert. Afterwards, Heather was crying for this man, the pain he experienced, and his inability to believe there is a merciful God. She fearlessly extended her heart in the flood of God’s love to this man and could not remain untouched by his pain in the process.

Perhaps the most difficult place we visited was the little town of Jedwabne. In that rural community are young and old people who still struggle with the shame and anger of a massacre that happened over 70 years ago, but is still an issue today in Poland. There are two memorials. The first is in the square. It’s there to remember the Polish people of the town who were deported to Siberia and never returned. The other marker is on the edge of Jedwabne. It stands as a reminder of the Jews who were killed by some of the Poles who lived there and close by.

We had no idea what to expect that initial morning in Jedwabne. But the first two women my friend Evi and I met, received us with hugs and kisses as we handed them each a rose and explained we were Jews. The rose was a gift, a way to share God’s love with them. Others took time to warm to the idea. Some were quiet and thoughtful. Others were amazed. Almost all of them read the card tied to each rose, with its short verse entitled, A Rose of Remembrance. That night we came back rejoicing at God’s grace and goodness, in awe that we could have any part in touching the hearts of the people of the town.

The next afternoon we made our way over to the Jewish memorial. The sky was heavy and dark, overcast with clouds, and there was a chill wind. The stone memorial had a charred wooden piece in its middle, a reminder of the actual barn where the Jews of Jedwabne, with their children, were burned alive. It was something that happened in several small Polish towns and villages during those years.

It was hard to stand in that place, facing the wood and stone. It was painful for those on the team who were Jews and for those who were Polish. We took time to grieve, pray, worship the Lord, confess, declare His goodness—and ultimately pronounce God’s blessing over Jedwabne from that place.

Perhaps some people visit a place like this to see the memorial and remind themselves of what happened some 70 years ago, and that is all. Others may choose to minister to the residents of the town and have nothing to do with the memorial since that is in the past. The first choice misses the opportunity to connect with some good people who live and work in this town, who may be hungry for God, longing for His mercy and grace in their lives. They may not have answers for what happened all those years ago, but they deeply desire healing. The second group may not want to connect to the history of what happened, which still affects this community today. The euphoria of reaching souls for the Lord and sharing His love is powerful indeed, but I believe there is a balance to the picture the Lord would have us understand.

Both things are true, and we need to have the courage to look at each—and engage! Sometimes our forgiveness can be very shallow or legalistic because we don’t want to think too much about what happened lest we lose the ability to forgive. But if we understand what Jesus accomplished on the cross, there is nothing we cannot forgive. It’s a matter of choosing to take hold of His grace while we look at the object of our pain, understanding and believing that His blood is enough.

At the end of the concert at Sala Jakuba, I invited the crowd—mostly Poles—to come up front, lay down their unforgiveness, bitterness, judgment and take up the love of God as they picked a rose from the bucket. One woman got up a minute or two after I resumed singing. Then streams of people walked to the front and took a rose for themselves. A man who had been identified as someone who had deep anti-Semitic feelings was the second person to come up and take a rose.

And yet—it’s not enough to stop hating, or even to forgive. What is needed is a willingness to love. If Jesus lives in us then the capacity to love even those we see as our enemies resides in us because He, whose very nature is love, abides in us.

It is my personal prayer that I will live and breathe that love more and more. My great hope is that when people encounter those of us who call ourselves His disciples, His love would be evident in every area of our lives to such a degree that people would feel about us as John wrote about Jesus. When they hear, see, or touch us, it will be as though they have encountered “that” which John spoke of—the very incarnation of Love alive in us.