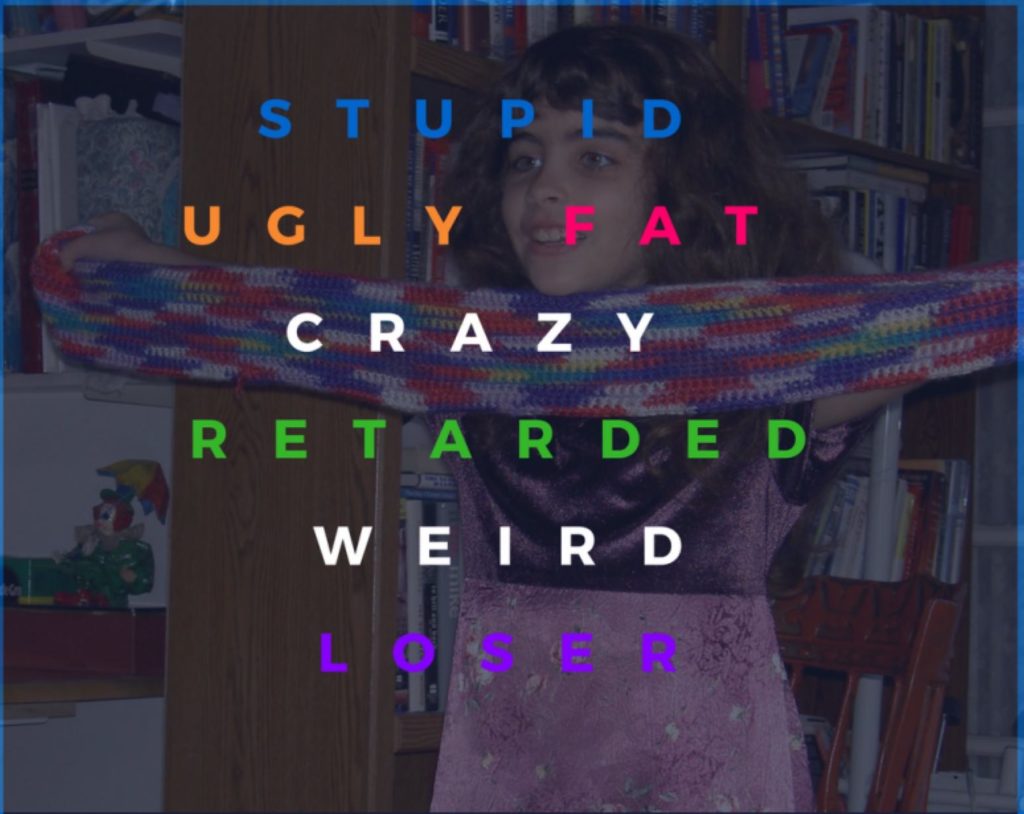 Perhaps the most difficult thing I’ve had to fight off in recent years have been the lies burdening me since childhood. Whether names inflicted by former classmates, online trolls — or even Satan himself — these terms have been haunting me all my life: retarded, fat, ugly, weird, crazy, loser, klutz, talentless, purposeless, pointless and so on.
As children we are often mistreated. Maybe a jab was never intended by bullies to seriously hurt their victim. But it usually doesn’t turn out that way. As a child grows, the taunting and teasing often becomes the seed providing lasting damage to his self-esteem.

I knew I wasn’t the names these bullies called me. But those words clung to me like leeches to my skin.

That’s exactly what happened to me for a long time. Kids laughed at me, called me names and chased me all over the schoolyard. They tried to provoke me to tears or rage, laughing the whole time.

I knew I wasn’t the names these bullies called me. But those words clung to me like leeches to my skin. It was enough to make me believe that I truly was worthless.
My teachers and behavioral therapists passively told me, “Just ignore them. Treat those words like water off a duck’s back.” But it was close to impossible to accept their advice.
There is just something about the power of words that is more damaging than we sometimes think.
“Reckless words pierce like a sword, but the tongue of the wise brings healing” (Proverbs 12:18)
It wasn’t until I was a month from graduating high school when I realized the truth about how God views me. As I recall I had just received the entrance results for Los Angeles Valley College.
I grew upset when I found that my scores weren’t that great and I would have to repeat Algebra 2 and English 21. It felt humiliating to go backwards, especially when I had been receiving academic honors in high school.
I cried out loud that I felt like a loser. In that moment, God responded “NO!” He smacked the back of my head and out poured memories of so many daily triumphs.

It was as if the wind had a hand and slapped me from behind.

I know what you’re thinking. “God didn’t really smack the back of your head. He doesn’t do that. You mean it felt as if He smacked you, right?”

I know this sounds unlikely and I know it isn’t in God’s usual character. But when I heard God say “NO!” I also felt a thwack on the back of my head in the most physical sense. It was as if the wind had a hand and slapped me from behind. For the record, though, it was not a windy day.
From then on, I never again called myself “loser” because He had confirmed in me the lie of that word. On top of that, calling myself a loser is the same as calling God a loser with a slap to His face as He is the one who created me.
Some time back I was learning how to use comment messaging on YouTube when I encountered a deeply ugly reply to something I’d written.
I had commented on a video of the Temple Grandin movie. Temple Grandin is one of the most successful people in history diagnosed on the autism spectrum.
I wrote: “I love this movie! I’m also autistic, and in this movie we have a lot in common! She’s incredible!”
A random troll posted: “Your a disabled fish u (beep)ing spaz, your an ugly loser.”
I almost cried reading it. But then I found myself laughing at how hilariously wrong it all was. She couldn’t even get you’re right.
Heck, I was a month away from graduation. I had the second highest grade point average in my class. I was constantly amazed when my classmates needed my scholastic help, I was becoming great at things I never thought I could be. Most of the popular students had accepted me for who I was and not what I was.
One by one God has been pruning the false names from my life. Sticks and stones may break my bones but names will never hurt me? Not true. They still hurt in the same way a mosquito bite hurts, but they are no longer crippling.
These false names given so many years ago are no longer painful enough to change my identity in Christ Jesus. I am learning, day by day, who I am in the world and am a better person and friend for the knowledge.
Who am I? I’m God’s child, just like you are.
“Cast your anxiety upon Him, for He cares for you.” 1 Peter 5:7
Post Views: 2,076