Each time someone asks me why I’m here in Lancaster, Pennsylvania all the way from California, all I’m able to tell them is, “God called me here.” On May 19th, two years ago, I flew out of the Burbank Airport in the San Fernando Valley where I was born and raised. I often look at my current situation and wonder if I was an idiot for coming here. I’ll bet some of my friends wonder why I would be so foolish to leave everything to follow some vague call. 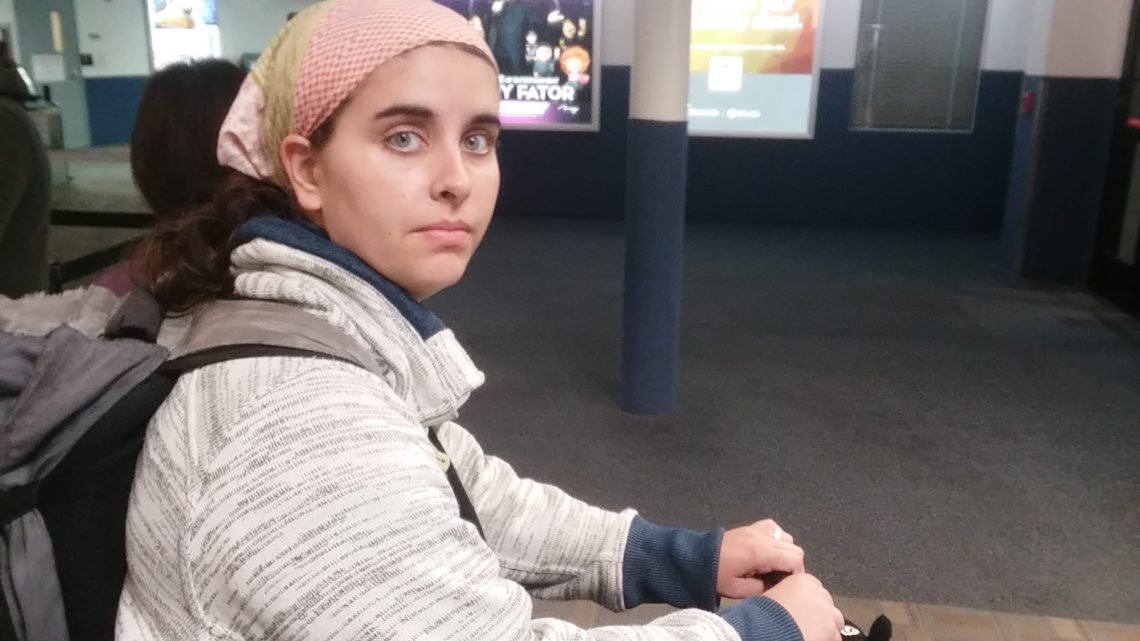 Bonnie leaves home in 2018 from the Burbank Airport

I wouldn’t blame them. I’ve often wondered this myself. Heck, I remember plenty of well-meaning people in Los Angeles telling me I should not ever leave my family, especially when they knew about my autism. In this time of COVID-19, it’s become even easier to expect these answers. Why was I was called by God to leave my family, friends, and a really good job to chase after a dream that hadn’t been fulfilled?


I still feel like a prisoner in my own skin…

What was God doing if not teasing me? Why did I have to be all alone? Or if I had to stay in Pennsylvania, why did He call me to leave Oakmont, Pennsylvania where I lived for a time and made many new friends?

Sometimes I wonder if Abraham wondered the same thing. I don’t entirely know what God is planning for me, but the more He helps me look back the more I realize He’s been growing me. Even before leaving California, He told me that I was not going to Pennsylvania only because of Sight and Sound Theater where I dreamed of working. While the answer is still not clear to me yet, I’ve been seeing His developing me into an independent woman of God. 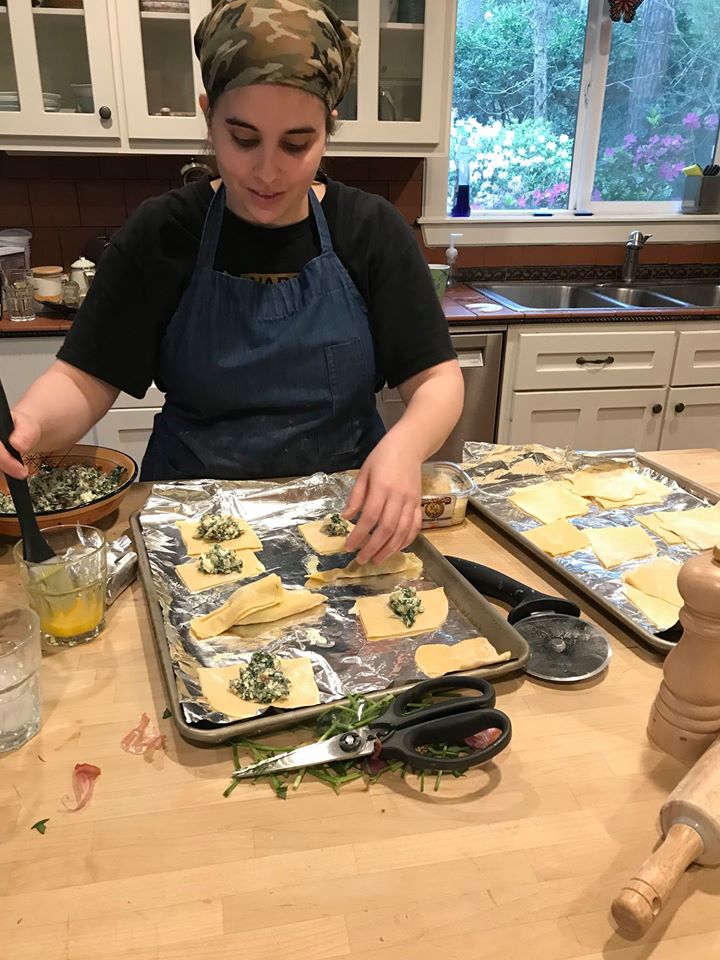 Had I still been living in California, I would have grown, but not in the same way: I would not have experienced a first-hand education of being completely on my own.  I might not feel as bold to speak the truth about God with whoever I might meet. I might even still be afraid to experiment with cooking and too scared to take driving lessons.  I could have stayed a dreamer without putting big plans into action or 100% trust in God to help make those plans happen.

In many ways I still don’t understand all social behaviors. I still feel like a prisoner in my own skin, often resentful of my family for many different reasons. I probably wouldn’t have any idea how to handle people trying to manipulate or control me, though I am still working on both. Back home I did not trust God as much as I do now, hiding behind some of my major fears. And as great as my last job there was I don’t think management would have tried to encourage me to rise to a promotion.

Since living in Pennsylvania, I’ve done things and gone places I’ve never imagined were possible. I did not think it would be possible to live in Lancaster, but here I am. Even if my parents believed I could , I certainly never thought I would be capable of living a life of independence in the world—and not just because of my autism.

…miraculously the manager hired me on the spot.

But God, who defies our version of “normal” and challenges us to rise above, knew I could and helped me financially, physically, emotionally, and especially spiritually. He knew how to shape me, and I had to learn how to trust Him. When He thought better than to give me what I wanted, I would get angry but eventually would learn that He did it to grow me in a unique way.

For instance: before getting a job at Giant Eagle Grocery Store I begged God to let me work as a hostess at the nearby restaurant instead. I knew what I was capable of. But He pointed again to Giant Eagle and miraculously the manager hired me on the spot. There I learned to listen to people, make them laugh, relate to them, and try to be a joy or a comfort to them when they came to my checkout stand. I also had to learn restraint and patience with them if they were in a hurry or being rude.

When I moved to Lancaster, Sight and Sound and the Disney Store were two places I not only knew I’d be perfect for, but really wanted to work there as well! It broke my heart when both places turned me down, but still secretly hoping for Sight and Sound when the time was right.  And while I was glad to get a job at Cracker Barrel I was also slightly bummed. It took my working there a while before I realized that had I gotten what I wanted the previous year—when I wanted to work at a restaurant!

But I know now I would not have been ready. God was building up my character through the jobs He helped me find. It does make me wonder if He is preparing me for Sight and Sound or something bigger. I’ve been more social and more aware of people behaviors while at Cracker Barrel than I’ve ever been.

God develops people in different ways, whether He has them stay in one place or go somewhere else. Abraham was called to leave his family and go to a land without so much as a map. Because he obeyed and trusted God, Abraham became the father of nations, most notably Israel.

Moses was called into the Midian Desert and waited there forty years until God told him to return to Egypt to rescue His people from bondage. Moses reluctantly obeyed.  And because of that Moses was granted favor every step of his journey, was able to lead Israel for forty years and given the rare privilege of seeing a bit of the Lord Himself and knowing His Name.

God kept Daniel in Babylon, and because he chose to obey the Lord in a foreign land rather than rebel or escape back to his land which lay in ruins, he was given the gift for interpreting dreams, intelligence to qualify as advisor to at least three kings, and was rescued by God’s angel from a pack of lions.

I could go on, but I think you get the idea.

Two years later, I don’t know if I can say that “I’m living the dream”, but I’ve been definitely following God’s call. It has not been an easy ride and I still cry out for my family and friends every now and then—maybe even more now that the virus has me mostly shut off from everyone!

However, it does not change my mind. Unless God calls me, I’m not going back to live in California or with my parents, even if they come to live in Lancaster (which is unlikely). I’m also grateful God actually relates to my pain and is not annoyed at my tears. Why God still has me here, I have no idea. But I’m grateful for how far He’s brought me in this journey and am anticipating whatever “crazy thing” is next. 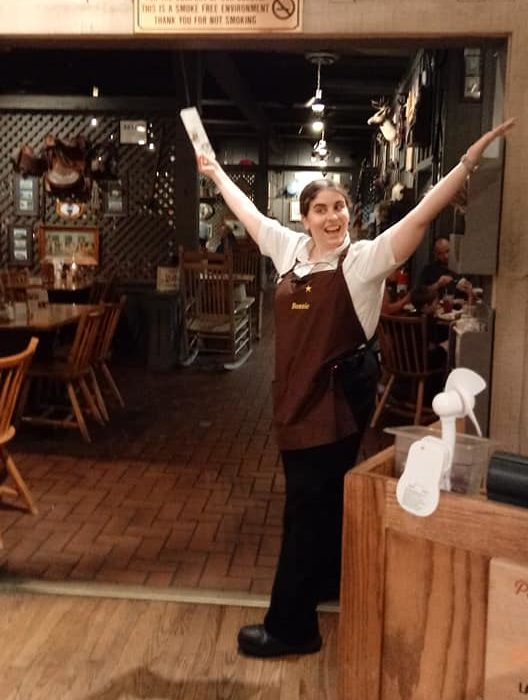 Are you ready for whatever “crazy thing” God has in store for you whether its purpose is immediately apparent or even a small change possibly leading to something huge?