Silver screen comedian Oliver Hardy used to revel in the degradation of his on-screen partner Stan Laurel by admonishing, “Here’s another fine mess you’ve gotten us into!” The comedy great was describing a situational dilemma known as “a pickle.” In baseball when a runner gets caught between bases with two or more fielders in pursuit and little chance of escape he is said to be caught in “a pickle.” When a lifetime imbiber of alcohol begins to show signs of poor liver function—OK, you get the idea. This is a story about the . . . well, you know . . .

According to researchers I trust because I’m far too lazy to do the leg work myself Americans, on the whole, consume more than 2.5 million pounds of pickles each and every year. And the average American consumes 8.5 jars per year all by himself. Call me frugal but I’m just thinking of all those half jars going to waste every year. If just 17 of those folks would send me their unused half jars in December I could join in on Club Gherkin without spending a dime of my own.

I wouldn’t bother you about pickles—I really wouldn’t—if not for the press release I read recently on my favorite foodie web site. It seems our old pals at KFC are at it again. These are the good folks who brought you the Double Down Sandwich consisting of two flat fried chicken fillets, two strips of bacon, a slice of Monterey Jack and a slice of pepperjack cheese slathered in a sea of what is euphemistically referred to as The Colonel’s Sauce. The chicken you see, acts as the bun. The bacon and cheese act as the filling. The Colonel’s Sauce acts proprietarily, in a cameo role, as The Colonel’s Sauce. An award for Best Supporting Condiment may be in the offing.

When The Double Down was alive and walking among us people the world over were talking about this ingenious sandwich:

These are creative people these KFC food engineers. So imagine my total non-surprise when I read KFC is coming out soon with . . . wait for it . . . WAIT FOR IT . . . Pickle Flavored Chicken ™®©.

And then the light bulb must have gone off. “More brine! Consumers are lacking brine in their diets.

“What is missing from our chicken?” the brains at Yum! Brands must have been pondering one night during an idea blackout on the East Coast. “Why are so many people eating cows and not our yummy, more healthyful chicken?”

And then the light bulb must have gone off. “More brine! Consumers are lacking brine in their diets. And vinegar! In fact, they are practically brine-free in their nearly vinegarless states. Let us make a pact, then. We shall go forth and resurrect the American economy with pickle-drenched fried chicken! What could go wrong?”

Don’t believe me? Think this is something I made up after an evening of nightmares featuring Attack of the Cucumber People??? Just click below and you will discover, as I have, the insidious KFC Instagram page where they unveil plans to to take over the world. Then tab back here for The Big Finish. 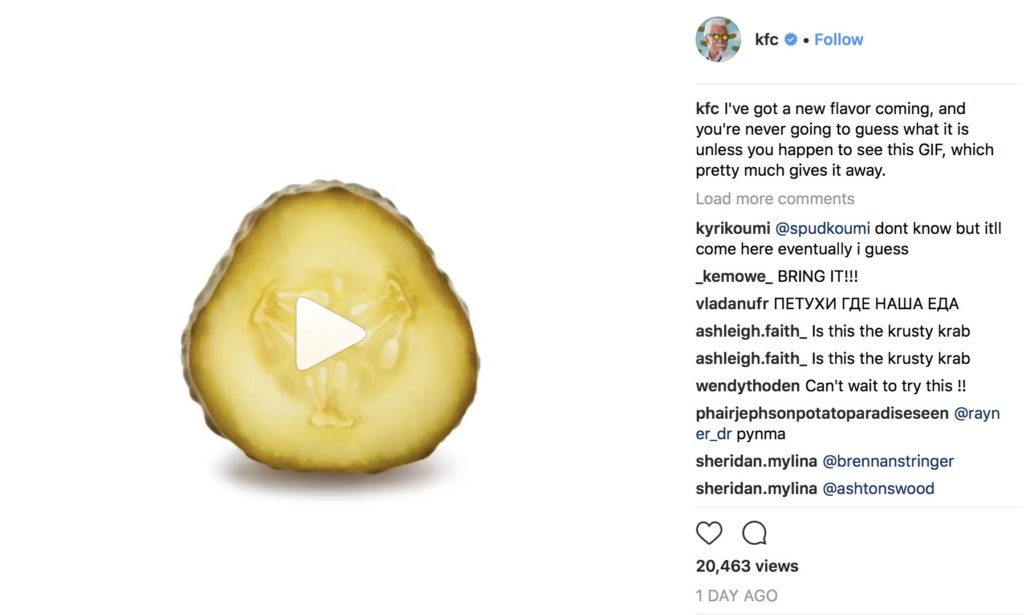 Beginning June 25 which, by my careful calculation (carry the 9, add 2, divide by 4) is this coming Monday. You might want to camp out because I have a feeling this is going to be bigger than the iPhone ™®©. Participating locations are only going to be given enough of the special pickle ingredients to last “a few weeks.” I told you it was insidious. They get us hooked. Then they withdraw the supply. They make us go cold turkey over pickled chicken.

I’m getting my tent, some music, some books and heading down to KFC a few days early.  I don’t want to miss out on this one-in-a-vice-time experience. Just remember you heard it here first: This is going to be a very, ummmm,  Big Dill. 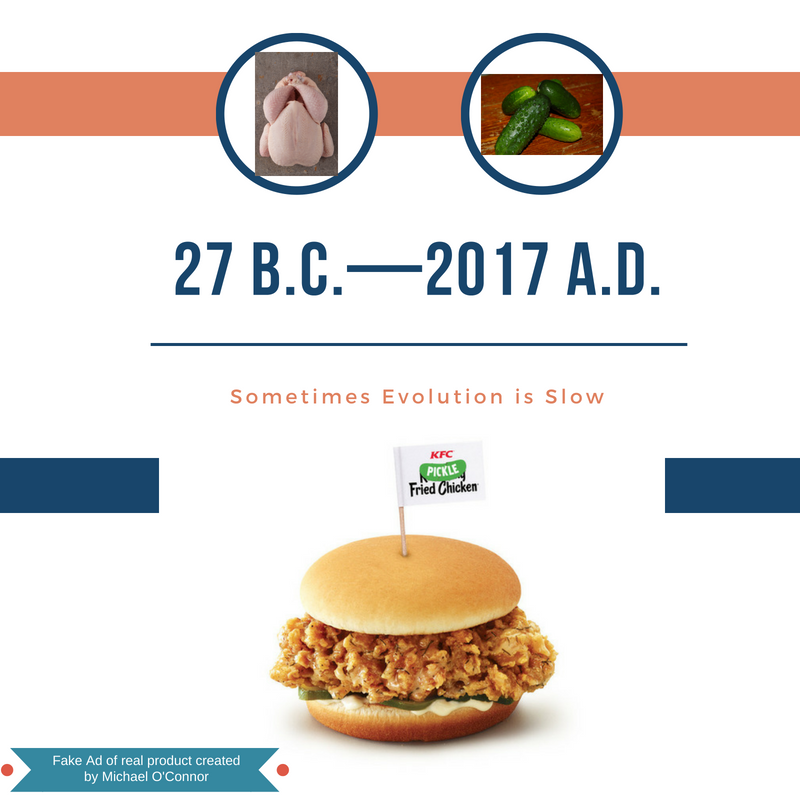